“For me, creativity is not a thing. It is a way of doing things.” 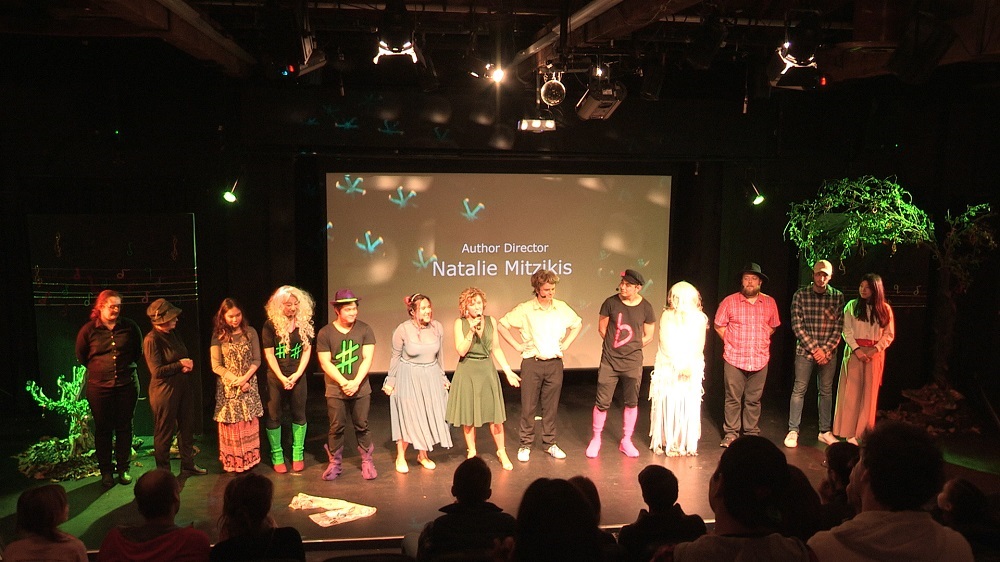 Music is incredibly evocative for me, and inspires me to transpose my visual imaginings onto paper.

My playwright capacity is rooted in my music background. My creative vision has grown within the years and has been facilitated on stage as a playwright, director and producer of stage works.

‘Natalie Mitz Productions’ was founded in 2016.

I call it  “a creative lab” for new original, uplifting shows for children and adults alike, that offer audiences unforgettable experience with abundance of moral lessons and educational insights. 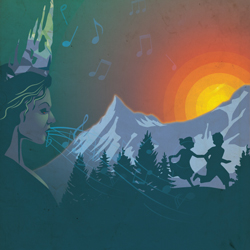 One day, I thought to myself: What would the world be without music? Can we feel happiness without emotional connection?

Those questions inspired me to write a story about Musical Island… a place where music was born and where magic musical people lived, called “Musinomes”.

The story is an allegory with timeless messages about family unity, friendship, dealing with adversity and fostering goodness.

“Musical Island” recently staged a successful return season production at Bondi Theatre during the Spring Festival of 2019, following its initial premiere in 2018.

This fantasy story talks about  a magic  land,  where music was born, called Musical Island. The inhabitants of this magic land, Musinomes, did not talk; they sang like musical instruments.

Everything and everybody were blessed with the magic of music there.  However, one day, a girl was born, who did not make any sound during her birth arrival. Her name was Silence.

With years past, it turned out that Silence did not get along with musical-nature, as it annoyed her and made her suffer through just one monotonous rattling sound she heard in her ears each time music was played or sung.

Silence grew up with a hatred for song and sound! She wished at once to make Musical Island silent. At this moment, the foaming fog descended over and swirled around Silence in an ashy shimmering cloud. She was taken away from music to a secret hidden place, called Misty Valley.

Silence attempts to use her magical abilities to silence the music in the souls of her victims, in her quest to destroy music forever. The savior of Musical Island is an initially shy but heroic Princess Minor, who with her band of friends discovers the magical tune to break the silent spell and reveal the truth hidden behind the mystery of silent curse. 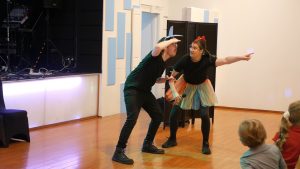 A well known tale of Brothers Grimm is given an original  twist, while simultaneously introducing the most popular rock n roll songs of 60s, 70s  80s  for younger generation. Children have an exciting opportunity to learn the well known rock-n roll melodies    with abundance of fun, spirit-uplifting action and improvisational theatrics.

A fable crew of funny animals  make their way through an assortment of trials and tribulations in an effort to become the best rock-n-roll band in the land! Through teamwork and self-belief, following their dreams, the animals achieve great things, and make unexpected friends along the way!

This music play features elements of comical drama introducing audiences with the well known pieces of classical music and its masters  such as as Beethoven, Bach, Mozart and others.

With abundance fun and humor the classical masters try to adapt to  the popular style of 20th and 21st century.

How do  the classical  musicians feel in the realm of the modern music era? Through the adventurous events they come up with   new ideas of presenting their classical pieces in an unusual and entertaining way for children and adults alike. 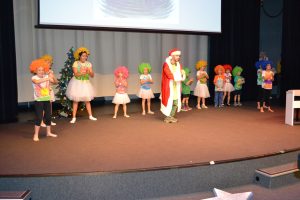 This  Christmas comedy will uplift your spirits and make you laugh through the whole story!

Any magic can happen  at  Christmas Night.

Can you ever imagine Santa slept through the Christmas  and the festive event is run  by a mysterious creature, called “Christmas Master”?

A team of the  fable characters from  the well known tales is on a rescue journey to find  a cure to make Santa awake and restore the Christmas festivities.

Music speaks inside us, without music our spirits are silent.

I draw my inspiration for composing music from people’s emotions and feelings.

What music is most memorable to you?  It is hard to answer, as  music preferences or styles may change through the years.

You are  naturally connected through the spirit of music, which is hidden in its melody. A tune your heart is genuinely touched by, stays with you forever. 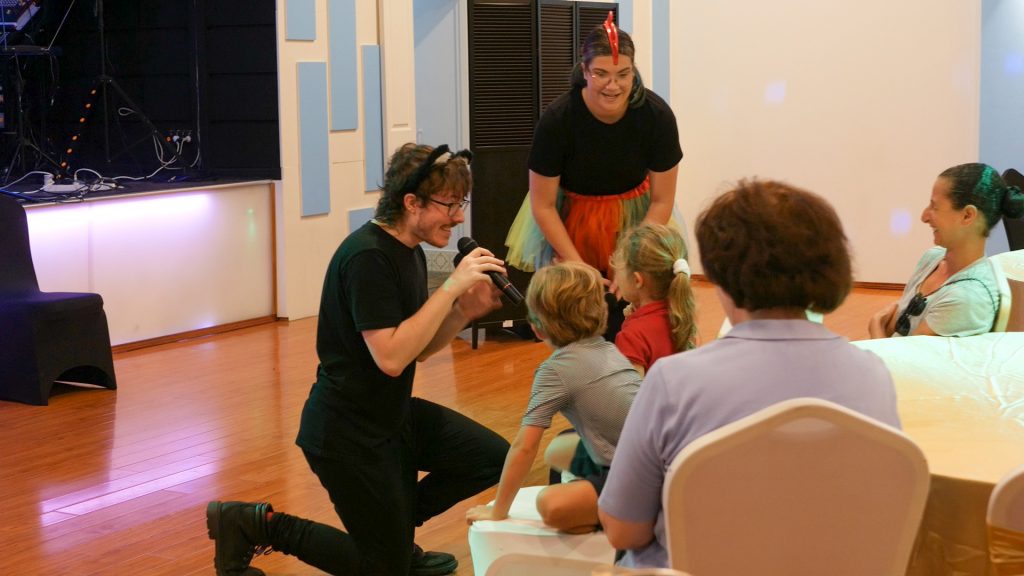 Drama gives educators the opportunity to teach their students in a way which would create a love for learning. I strongly believe that the arts should be employed in every classroom. It can reach students who otherwise couldn’t be reached, and challenge students who have already grasped the concepts.

As Albert Einstein said: ‘If you can’t explain it simply, you don’t understand it enough”, I thought drama strategies can work naturally to facilitate emotional connection to the learning topic. During drama sessions, all students are given the opportunity to realise their innate form of learning through play and action.

Along with learning, boosting self-confidence and fun, drama can also enhance emotional intelligence that results in greater resilience and problem solving ability for life situations.

‘Fable journey’ is a series of drama sessions, based on interactive storytelling.

Each session incorporates a bright combination of technology-based culture and a traditional fable format which allows children learn literacy, environment, science and more topics  through the original twist of traditional tales, as well as offer an abundance of fun and moral lessons for children, respective to topics that are of note in each story.

Children develop literacy skills, self presentation, spontaneous thinking, improvisation while being immersed in the story events

The program can be delivered in real time in class or via Zoom.

Examples of the key learning themes incorporated in the traditional fables.

1.‘Robin Hood adventures ‘ – Along with captivating tale, childern  learn about  the history  of old England and initiate talk about geography an sightseeing of modern England.

2.’Pinocchio’s music adventures’ – Children’s learn the  basic music concepts while being actively engaged with Pinocchio, the main character of the story.

3.The technology- based element keeps children interested in a  storytelling format, whilst developing their computer literacy in a mindful environment.

4.The program can be easily delivered to any part of Australia via Zoom  or other real time video platforms. 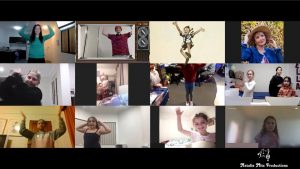 The story plot revolves around the misunderstood Queen of Silence, who uses magical abilities to silence the music in the souls of her victims, in her quest to destroy music forever. The saviour of Musical Island is an initially shy but heroic Princess Minor, who with her band of friends discovers the full potential of her musical ability by finding the ‘magic tune’ to destroy the silent spell- teaching important lessons in moral courage, self-worth, teamwork and forgiveness as she prevails. Each of the major characters have their own theme songs and music which reflect their natures and objectives in the story. 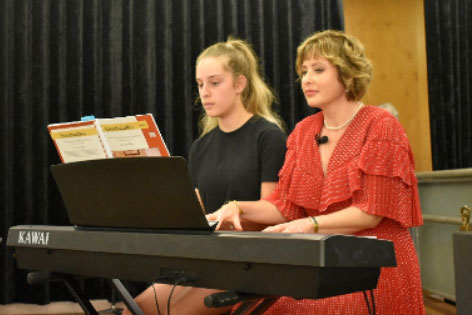 I wanted to set up a place for learning piano and other instruments where students will be able  not only learn how to play an instrument  but  appreciate music as essential part of our wellbeing.

I never set up a goal for my students to become  a professional musician at first place. I consider more important thing is  to nurture love for music as the first step,  and later  students can make their own decision about possibility of  music career. My job  is to  help them to  discover their talents and foster creativeness in them through learning music.

Magic Sounds Studio was established in 2012. Since then the studio has been growing rapidly, and nowadays adults and children have opportunities to learn various instruments (such as piano, guitar voice and more), get training for AMEB exams, and participate in various music performances to showcase their talent onstage.

Magic Sounds teachers are enthusiastic and caring for students’ progress.

If you consider to join Magic Sounds Studio, follow the link  below for more information.

’A true artist works every single day, every hour of his existence, all his life, because he cannot live without creativeness’

I have been working in performing arts for quite a while wearing many hats as a pianist, song writer, music educator, playwright, director, producer employing my creative vision.

My creative path began with my teaching career. For me teaching is a platform –  to create, learn and improvise both for children and adults. Teaching  became an inspiration for me to transpose my visual imaginings onto paper to compose plays and music.

The earliest forms of theatre work I created were short musical plays crafted specially to be performed by school students. But with an overwhelming positive response, I was encouraged to consolidate and expand the materials into full-length staged productions performed at the local festivals, Sydney Fringe and Bondi Theatre Festival, that targeted family audiences.

My creative pursuit was accompanied by education which I completed in Russia gaining a Bachelor of Education, Drama and later expanded in Australia with successful completion of master’s degrees in Music and Linguistics.

I am a theatre practitioner, facilitator, and creator of various music/theatre events.

Encouraged by the positive feedback of community and industry professionals I continue my creative journey every day  working on new projects, refining current ones, bringing my creative ideas to life.

“It was a great show, the show to be remembered, because of the cheerful music and the songs”.

“In reference to my professional thoughts about “Musical Island”, I enjoyed it very much. It has all the elements of a very entertaining and educational theatre piece for children and adults like". 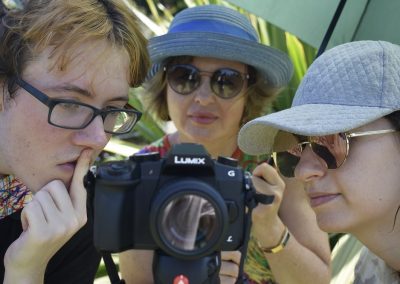 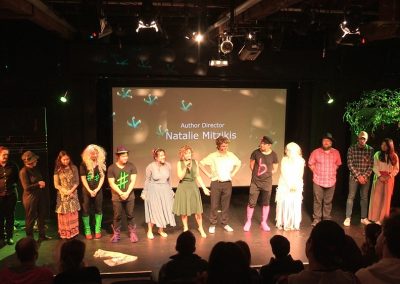 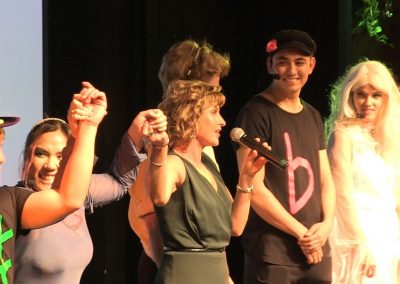 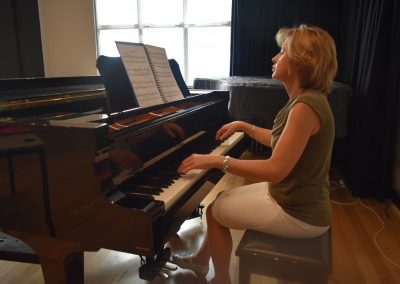 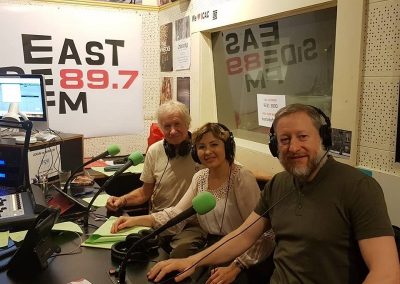 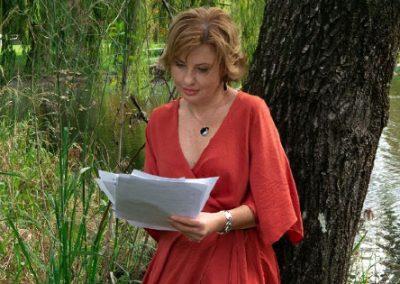 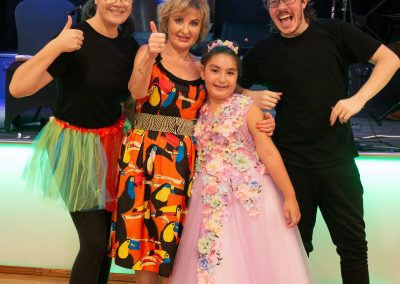